Acupuncture involves the insertion of fine needles (hair thin) into the skin at specific selected acupuncture points along what are considered in Chinese Medicine to be lines of energy (meridians) throughout the body in order to reduce symptoms or to tonify that which is seen as deficient within the body. In Chinese Medical Terms stimulation of acupuncture points can strengthen the blood, stimulate the flow of blood & Qi (energy)  and maintain general health.

Acupuncture is reasonably pain free, generally the patient does not feel the needle on insertion. However, the Acupuncturist will aim to illicit a certain sensation e.g. tingling, dull, slight numbness once needle is inserted by manipulating the needle gently while talking this through with the patient, this sensation will generally last less than 60 seconds.  This is to tap into the body’s internal energy system to reboot it as it were.  Needles are generally left in for 25-30 minutes while the patient relaxes. If appropriate the Acupuncturist may also heat  the acupuncture points gently through Moxibustion, Heat Lamp or use Cupping Therapy on its own or alongside the acupuncture treatment.

Moxibustion is a Traditional Chinese Medicine technique that involves the burning of mugwort, a small, spongy herb, to facilitate healing.  For thousands of years  Moxibustion has been used throughout Asia; in fact, the actual Chinese character for acupuncture, translated literally, means “acupuncture-moxibustion.”   The purpose of Moxibustion, as with most forms of traditional Chinese medicine, is to strengthen the blood, stimulate the flow of Qi (energy) and maintain general health.  Indirect Moxibustion used in this clinic involves lighting one end of a moxa stick, roughly the shape and size of a cigar, and holding it close to the area being treated for several minutes until the area turns red.  Another form of indirect moxibustion uses both acupuncture needles and moxa. A needle is inserted into an acupuncture point and retained. The tip of the needle is then wrapped in moxa and ignited, generating heat to the point and the surrounding area. After the desired effect is achieved, the moxa is extinguished and the needle(s) removed.  Most patients really enjoy Moxibustion and the warm sensation it achieves within the body. 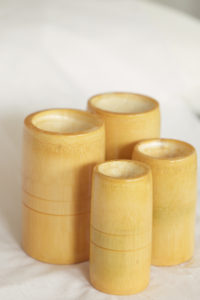 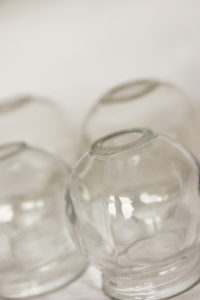 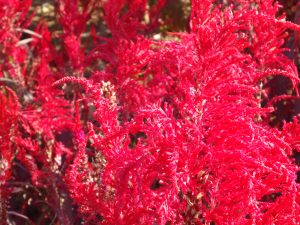